French bulldog owners need to know that fireworks and bonfire night can trigger breathing problems in Frenchies, and in other flat-faced breeds like the English bulldog too.

This article will tell you why French bulldogs find fireworks scary in the first place, and how bonfire night can potentially affect their health; as well as how to keep your Frenchie or other flat-faced dog safe and calm on Guy Fawkes night.

Why are French bulldogs scared of fireworks?

Most dogs are scared of fireworks unless they’re conditioned to ignore them from an early age, and if you didn’t know what fireworks were, you’d probably find them frightening too!

Fireworks put dogs into fight or flight mode in the face of a potential threat, even though we humans know that the threat isn’t real.

When it comes to fireworks, French bulldogs are scared of the loud or sudden noises they make (remember that dogs have more sensitive hearing than we do, and so fireworks sound particularly loud to them) as well as the sudden bright lights that follow too.

The smell of fireworks and bonfires and even the excitement in the air all create an atmosphere that is unusual and alarming to dogs, which they don’t understand and cannot control or retreat from.

How do French bulldogs react to fireworks?

How French bulldogs react to fireworks can be quite variable, but most of them will be frightened.

Fireworks scare French bulldogs and cause them to exhibit signs of stress and fear, as they trigger the dog’s fight or flight instincts.

Some will immediately look for a safe place to hide or the reassurance of their owners, some will panic and try to run away, and some may even go into “fight” mode if they feel cornered, so proceed with caution.

Fear of fireworks in French bulldogs creates a physical stress response in their bodies, and this means that their heart rate increases, and their breathing becomes faster and shallower.

Flat-faced Frenchies have shorter muzzles than normal dogs and many have narrower nostrils too; this means that they tend to have a lower tolerance for exercise, get out of breath fairly easily, feel the heat more, and probably snore and maybe have noisy or laboured breathing when awake as well.

It also means that anything that frightens or upsets your dog and so, that affects their heart rate and breathing can be dangerous for French bulldogs. On bonfire night, firework stress in French bulldogs can result in them not being able to get enough air, triggering potentially serious breathing problems and the health implications that come with this.

It is really important to keep your French bulldog safe on bonfire night, but also to keep Frenchies calm when fireworks are going off too, as stress can cause breathing problems in flat-faced dogs.

Keeping your French bulldog safe on bonfire night means keeping them inside; don’t walk French bulldogs when fireworks are going off or likely to start, and certainly don’t take them to a display or to visit a friend who is letting off fireworks.

When you take your Frenchie out to do their business, take them on a lead; even in the garden, in case a sudden bang scares them and they run off or hurt themselves. Be careful when you open external doors on bonfire night too, in case fireworks cause your Frenchie to run off in fear.

Reducing firework stress in French bulldogs mean keeping your dog calm, so that their breathing remains even and doesn’t cause a threat to their health.

Polly Kay is a British copywriter who specialises in writing for the pet industry (www.pollykay.com), covering dog training and behaviour, and pet health/veterinary care. Having been raised with a whole menagerie of dogs, cats and horses, Polly began her career as a dog trainer and handler in the private security sector, before later deciding to expand her skillset into the field of veterinary medicine and clinical care. Backed up by many years of experience as a qualified small animal veterinary nurse, Polly now works full-time as a companion animal copywriter and advice writer, as well as locuming in veterinary clinics on a part-time basis to keep her skills and knowledge up to date. A lifelong animal lover with a special interest in canine behaviour and problem solving, Polly has a cat and two dogs of her own, one of which works with her as a search and rescue volunteer.

Other posts by Polly Kay 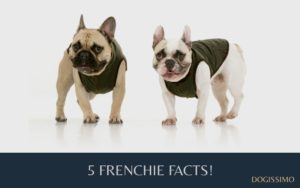 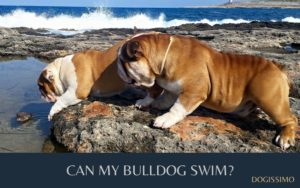 Do you know if your dog can swim?

Is there anything you can do to stop your bulldog from snoring?

French bulldog or pug: How to tell the difference! 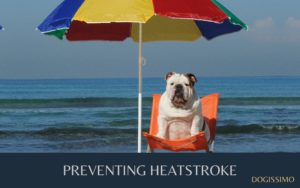